How Do We Make Plant-Based Success As Easy & Simple As Possible?

That is LeafSide’s “Mission Question”

That is the question we ask ourselves every day. To support health, the environment, and conscience, LeafSide is developing and scaling the most convenient and accessible ways to eat plant-based whole-foods. So that everyone can benefit from the best nutrition known to science.

At LeafSide, we believe there must be better ways to do food — the most important daily necessity at the heart of health (literally!), and in turn, quality of life.

As longtime adherents to whole-foods, plant-based eating, over the last 20+ years we’ve tried every time-saving trick and hack that we could find to regularly eat healthy food, while leading busy lives.  But a no-compromises solution still proved elusive.

One day we decided to write down what would be needed to finally solve this daily problem.  There would have to be a way to eat that meets all these five requirements simultaneously:


After years of obsessively working on this problem, scouring the latest nutrition research, and using a “first principles” approach uncommon in the traditional food industry, LeafSide was born.

LeafSide now makes healthy eating easy and accessible with shelf-stable 100% whole food, plant-based meals, which are ready to eat in minutes with no real work or effort.

We currently have 4 meal types: smoothies, soups, sweet-bowls, and savory-bowls — all designed by professional chefs to taste great, while delivering the leading nutrition science of the global bestselling book  How Not to Die: Discover the Foods Scientifically Proven to Prevent and Reverse Disease by Dr. Michael Greger. 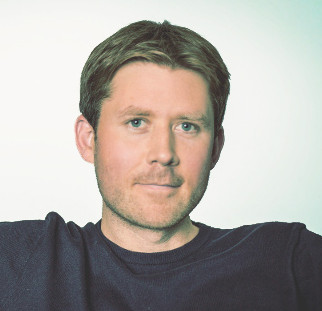 My journey of plant-based discovery started in 2007 after watching a short video called Meet Your Meat, about the suffering created by animal agriculture. This awakened within me a deep sense of compassion for animals, and had such a profound impact that I immediately switched to a vegetarian diet.

Back then my go-to solution for healthy eating was making smoothies. For fun I created the website PerfectSmoothie.com, to share everything I was learning about nutrition, blenders, and time saving tips. Being one of the first websites about smoothies at the time, it grew to reach over 3 million visitors.

After launching another website called BestBlender.com in 2012, and teaching so many people about using their blender to prepare quick plant-based meals, I realized that most people still didn’t have the time to do all the shopping and planning involved in something as simple as making smoothies and soups, let alone normal meals. Additionally, I learned most people were confused about nutrition and unsure if they were eating the right foods to be healthy.

Inspired by this problem, LeafSide was founded in 2015 with the purpose of finally creating a solution for convenient plant-based eating.

Around the same time I became aware of a documentary called Cowspiracy. This opened my eyes to the negative impacts of the dairy industry, which inspired my transition to being vegan / plant-based. Being someone who requires facts and data, I saw the potential of the film to help influence many people, and have since helped organize screenings of Cowspiracy and What the Health in multiple countries.

The hardest part about transitioning to a vegan / plant-based diet for me was giving up dairy and cheese, which was made surprisingly easy after seeing Dr. Neil Barnard speak about the addictive nature of dairy and the damage it causes to our bodies. Every once in a while I’ll indulge in vegan ice cream or pizza, which taste amazing!

LeafSide Favorites: My favorite way to get the Daily Dozen is with a smoothie and a savory stir-bowl.  Having a sweet tooth, I’m addicted to the Kale Krush smoothie, and will have that as my first meal and usually rotate between the savory stir-bowls as my second meal.

You'll create an account during the checkout process, rather than here.

Wondering whether to join the LeafSide? Check out the homepage or FAQ.

After you login to your account, you'll be able to update your subscription, preferences, contact information, etc.